More than a few have compared Baths to Flying Lotus when his debut, Cerulean, dropped in June. You don’t have go any further than the gorgeous opening track, “Apologetic Shoulder Blades,” to hear the rickety beat, yet you’ll hear the immediate difference on that track as well. Baths employs his own angelic falsetto, often burying it into the samples or creating new loops from it, to create something easier described as pop amongst a sample chopped melodic aesthetic. Despite it’s dreamy pop leanings, the beats provide some teeth to the whole thing that drop it into somewhat of a crossover position, satisfying indie kids and electronic fans alike.

One of the few Brainfeeder standouts, Lorn creates a little bit of trip-hop or IDM–maybe even a little dubstep. His midrangey drum loops and grinding bass tones make him an adequate addition to Brainfeeder even if he’s not a Los Angeles native. Lorn provides a little more momentum than most out of the LA scene, with gorgeous percussive samples contrasted with break beats and huge synths.

Another faithful FlyLo/Brainfeeder acolyte, Teebs keeps things pretty simple, with a track rarely going over three minutes. The focus is on huge intricate bass kicks and lovely Dilla style snares. Both do a good job at shaking up the hazy cascading samples that can often sound more like melodic found-sound than anything chopped for beats.”Pretty” is an adjective thrown around a lot when Teebs is around (it sounds like the cover art–drawn by Teebs), but like Baths, there’s some undeniable weight beneath it all. 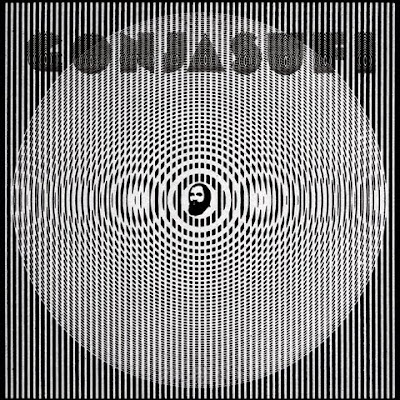 Gonjasufi – A Sufi and a Killer

It helps this record’s case that the beats are provided by Brainfeeder artist, The Gaslamp Killer (FlyLo contributes the track “Ancestors” as well). Gonjasufi is best known for a guest spot on Los Angeles as one of the few vocal contributions. The LA-native’s follow-up is definitely a fitting sequel to the hazed-out “Testament.” Sufi’s voice sounds like beautiful burnt lungs and if his name doesn’t explain enough, the intro track, composed of nothing but an unaffected sample of an American Indian pow wow, certainly will. The record makes stops at Eastern-tinged pop to “I Wanna Be Your Dog” style rock.

Oh yeah, FlyLo put out an EP last month that splits the difference between his old sound and Cosmogramma. Tonally it sort of feels like a more experimental take on his “fun” 1983, Adult Swim bump music contribution days.

This site uses Akismet to reduce spam. Learn how your comment data is processed.