List of RSD releases that have arrived at Pure Pop for Black Friday 2022
Go to recordstoreday.com for full titles/description.

Below is a list of prices/quantities that were available when we opened on Black Friday.  Obviously, some titles have sold out.  Again, please check here for available titles at this time.

“Synths and electronic beats paint a top coat of groove across the record. “Don’t” has a serious late-night smoothness to it, while “Island” features a sound drop and summer-festival drift. The click-beat of “Three” revels in the movements of modern pop, but breaks into dreamy harp territory, as though Khan wants to prove the extent of her breathtaking range. If 10 000 didn’t convince you, Outro showcases Kahn’s fearlessness.” – Read the full review on Exclaim!

“When This Life Is Over conveys an authentic depiction of developing affective awareness. One of the realizations evoked by adulting is that life will force individuals to follow paths they don’t want to undertake. And the Kids see the aversion and in “Butterfingers” reflect on “a shitty life so they could have the best” and keeping “a shitty job so we could all hang out”. So often, wadding through the muck is the only avenue to actualization. At no point does the band wallow in defeat or ennui. Rather, they push listeners to conceptualize the uplift encased in life’s drudgery. The band’s belief in obtaining happiness is framed by music and the unrelenting need to “…sing loud / Hoping not to be sad / That’s why I sing loud / Hoping we could drown it out.” Much as “Butterfingers” pushes for triumph, so does the subsequent track “Champaign Ladies”. And the Kids provide the twin discourses, “Life is a bastard / It wants to kill you” and “Don’t let go / Doing wrong but feelin right.” There’s liberation in the realization that nothing is exact and the idea of what’s right is confined by subjectivity.” – Read the full review on Pop Matters

“As Lennon tells Rolling Stone, the song’s dark lyrics document “the lascivious exploits of famed JPL rocket scientist Jack Parsons, the man who not only helped America get to the moon with liquid fuel technology, but was also a Magister Templi in Aleister Crowley’s cult, the Ordo Templi Orientis.” He added that Parsons “sadly passed away in a violent explosion during a secretive alchemical experiment at his house in Pasadena.” – read more in Rolling Stone

It’s that time of year again – Binge-eating, over-spending, egg-nogging and Pure Pop Year-ender-ing! The form is open and we want to hear from all of you on what you loved to listen to this year!

Lists will be accepted and displayed from now till the the New Year and our staff favorite submission will get a 20$ Gift Certificate to Pure Pop! Let the lists begin!

As an aesthetic reservoir, the ’80s continue to feed an abundance of nostalgia, from the American highway fantasies of the War on Drugs to Twin Shadow’s boy-meets-girl melodramas. Inhabiting characters from the past can lend a singer a certain gravitas; unburdened by modern irony, big emotions play bigger on a decades-old frame. But few artists have seized that retrospection as an opportunity to flip the power dynamics that governed pop culture 30 years ago. For Lower Dens, a neon palette serves as fertile ground for subversion. Hunter absorbs the range of gendered feeling from Billy Idol to Bonnie Tyler, emerging as a bandleader capable of flipping effortlessly between extremes of masculine aggression and feminine yearning. Read the full review on Pitchfork

When last interviewed for this newspaper in 2013, Laura Marling talked about retiring from the music industry. She was 23 and her feet hadn’t touched the ground since her astonishingly self-possessed debut album, Alas I Cannot Swim, was released in 2008. Three albums later she was being hailed as the greatest songwriter of her generation. But she was exhausted and took off for America, where she did indeed give up music for a while. For two years she wandered and applied for jobs in coffee shops. She hung out with “mysterious, fleeting people”: cult members, addicts, hippies and professional vagrants.

When Marling picked up her guitar again, the queen of the nu-folk scene channelled that strange and desperate energy by going electric. It’s a powerful evolution. It takes a rare rock guitarist to remind us that electricity is a potentially dangerous natural force but Marling’s new sound evokes the strange dark thrill of low skies before a storm. At times it sounds more like she’s plugged her guitar into a brooding thunder cloud than a man-made socket. Read the full review on The Telegraph

Will Butler – Policy
‘Policy’’s eight genre-hopping, multi-instrumental tracks clearly illustrate Will’s obvious talent and versatility as a songwriter. The upbeat, sing-as-though-your-life-depends-on-it guitar pop of ‘Take My Side’, ‘What I Want’ and gospel-esque closer ‘Witness’ is closest to what would be expected of him as a solo artist. But the deep, lamenting piano ballads, ‘Finish What I Started’ and ‘Sing To Me’, as well as the more experimental, 80s synth efforts, ‘Anna’ and ‘Something’s Coming’ reveal a very different, much darker side to the otherwise infectiously enthusiastic character he channels onstage. Read the full review on DIY Magazine

Broadcast – Entire Discography reissued on Vinyl
Warp has announced plans to reissue the entire Broadcast discography including their four original albums: 2000’s The Noise Made By People, 2003’s Haha Sound, 2005’s Tender Buttons, and finally 2009’s Broadcast and the Focus Group Investigate Witch Cults Of The Radio Age. In addition to those they will also release 1997’s Work And Non Work, which compiled all their early singles and EPs as well as 2006’s odds and sods double album, The Future Crayon. Read the full story on FACT

Enslaved – In Times
The opening seconds of “Thurisaz Dreaming” are possibly the fastest and most chaotic introduction to any album in Enslaved’s massive discography. While the opener of In Times progresses like most of their recent cuts, it eventually gives way to one of their most atmospheric and dreamlike outros to date. Even thirteen releases in, they’re not afraid to continue pushing the musical boundaries of progressive rock, psychedelia, and experimental music under an extreme metal backdrop. Recent releases have had varying amounts of black metal influence, but In Times subverts expectations by being their most varied and diverse release since 2001’s Monumension. Despite having arguably reached their peak with 2010’s Axioma Ethica Odini, Enslaved continue to prove that progressing is more important than attempting to repeat past successes.Read the full review on Sputnik Music

Purity Ring – Another Eternity
After creating Shrines across a geographic void, the duo actually sat in a room together to compose this opus, the back and forth between the two yielding a more clear-eyed sound and vision. This is the group’s singer-songwriter album (as much as an electronic duo can make a singer-songwriter record), personal but rooted in traditional song structures that build to big, distinct choruses. Where Shrines was an album built on rounded edges, Another Eternity is all right angles. Read the full review on Exclaim!

Tuxedo – Tuxedo
Tuxedo is a duo comprised of modern soulster Mayer Hawthorne and hip-hop producer Jake One. The collaboration began with an exchange of mixtapes almost a decade ago. Realizing that they shared an affinity for the kind of string-laden R&B and disco artists such as Change, Kleer, and Chic favored in the late ’70s and early ’80s, Hawthorne and Jake One decided to create an album of original material under the Tuxedo moniker. Read the full review on No Echo

Brandi Carlisle – Firewatcher’s Daughter
The album starts like a house afire: Carlile totally nails the vocal on the gospel influenced “Wherever is Your Heart,” and this one makes you realize just how good she is. When she sings, you’re a believer. She’ll have you singing along on the infectious “The Thing I Regret” with its chorus “Let them roll over me /let them roll over me.”

One of the album’s highlights is “The Eye,” a song penned by Tim Hanseroth, which is very stripped down and nearly a cappella, featuring little more than acoustic guitar and the lovely harmonies of the trio. You can hear Brandi’s country music and Fleetwood Mac influences on this one. Carlile and company performed this one in The Current studio late last year, and Brandi declared, “It’s my favorite song on the album, probably my favorite song ever.” Read the full reivew on The Current 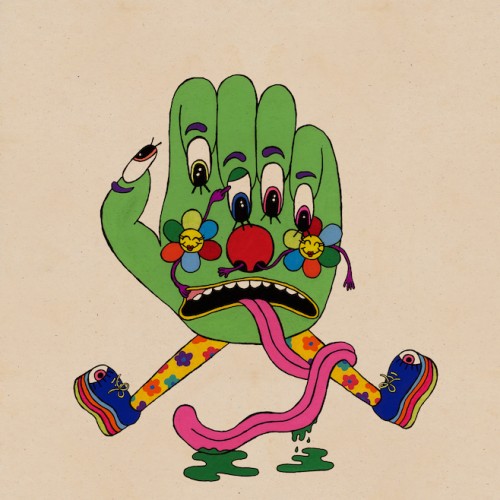 Dan Deacon – Gliss Ripper
On record or in concert, Deacon offers escapism at its finest. As he explained before the release of America, Deacon uses music as a means to make sense of his surroundings. At the most basic level, he excites an unbridled dance party — even if only attended by one. Bodies react to “Sheathed Wings”, “Mind on Fire”, and “Learning to Relax” before minds can wrap themselves around the narratives contained within. That is the technique that Deacon has been so mindful of since he began instigating collective performances in clubs back in 2002. He understands that attention spans can be short, and if you want to get a message across, you’d better make the beat infectious. Read the full review on Consequence of Sound

JJ Grey – Ol Glory
Like many of the group’s previous albums, “Ol’ Glory” is rooted in the Jacksonville area of northeast Florida, where the band got its start in the late 1990s. “I don’t venture too far away from home, or at least the spirit of home,” Grey says, though the songs he prizes the most have a universal feel. “I just want it to be as free as a conversation with someone and let it go where it will,” he says. Read the review on WSJ

Torche – Restarter
But Restarter push Torche back toward the more punishing pole of its sound. The brief “Undone”, for instance, counts as one of the heaviest pieces in Torche’s catalog. Brooks leads multiple marching sections, but when he pauses, they slip into the sort of down-tuned, instrumental slogs that consumed multi-minute chunks of their early records. This allows Torche to be brutal while still moving, a trick they’ve rarely mastered. This doesn’t mean they’ve suddenly slid into doom or sludge metal. These 10 songs are actually no less memorable than those on Harmonicraft; “Minions”, “Blasted”, and “Undone” rank as new shoo-ins for any hypothetical best-of-Torche collection. Read the full review on Pitchfork